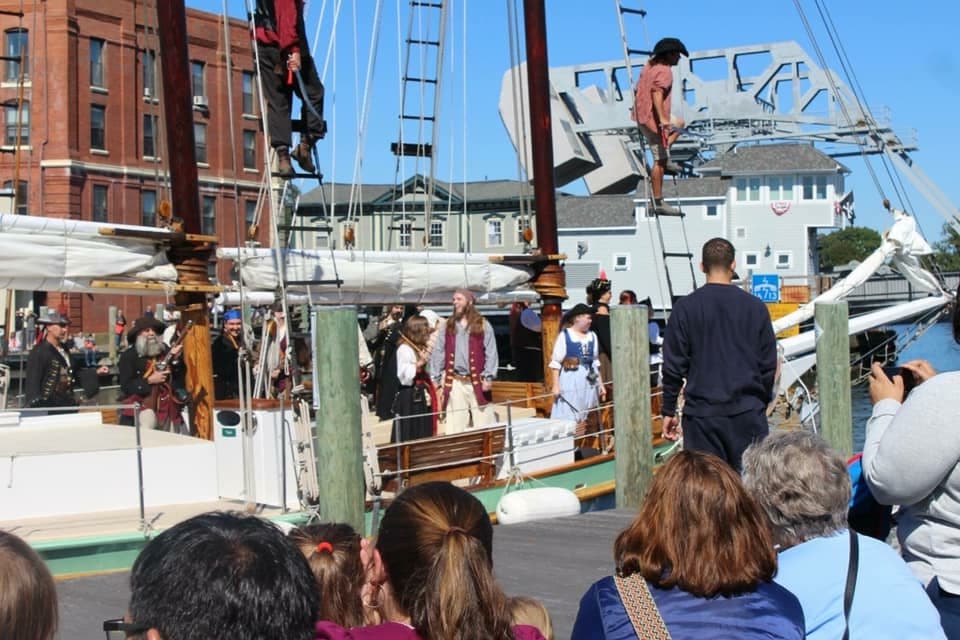 This past weekend marked the 6thannual Mystic Pirate Invasion.  The town was invaded by Pirates and saved by the Militia while raising money for the Downtown Mystic Merchants and Terri Broeder Breast Cancer Foundation.

The events began on Friday night with a showing of Pirates of the Caribbean in Mystic River Park sponsored by Stonington Human Services. Located just across 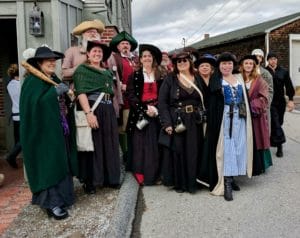 from our lobby, families crowded the park with picnic dinners and blankets to spend some quality time with their little ones.

Saturday was for the adults! Bars and pubs were bursting at the seams with locals and tourists dressed in their best pirate garb.  Each participating establishment on the pub crawl map was visited by the Freemen of the Sea 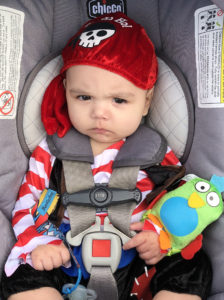 who serenaded guests with sea shanties.  Upon visiting each pub, the “crawlers” received a pirate poker playing card.  Best poker and at the end of the crawl won a fabulous prize and bragging rights of course!

Sunday, the final day of the invasion, was a site to be seen.  Hundreds of families
gathered in the Mystic River Park to receive the pirate map!  The children followed the trail to local businesses which were stocked with Pirate Booty for the treasure hunters to pillage!  The Whaler’s Inn treasure chest was empty by the end of the hunt giving out over 400 pieces of treasure!

Visitors learned about the pirate lifestyle by reenactors and were entertained by dancing, singing, and of course an on “sea” battle on the Mystic River.  The day ended with costume contests for the adults and children.  A local favorite, Mystic Knotwork, was on hand to teach attendees how to tie traditional and historic knots.

Book For Next Year

It surely was a sight to be seen matey! Be sure to book your stay for next year’s invasion, (October 4, 5, and 6) and enjoy this amazing event just outside of the doors of The Whaler’s Inn.